Even the
tiniest scrap
of metal has
value!

Metaalhandel Ketting was established more than 60 years ago. And over the decades – working together with our clients and suppliers – we’ve achieved a great deal. While a lot has changed, we have always stayed true to our roots. We may have developed from a small neighbourhood buyer into a professional metal trader, but at heart we remain the same tightly-knit family business. Our company is currently managed by a third generation of family members, and we have already welcomed the fourth to our team. We combine flexibility with a personalised approach. Over the past 60 years, we have continued to grow and develop, adapt to new technologies and comply with increasingly stringent environmental norms and standards. And we plan to keep doing so in the 60 ahead. Maintaining and building our position, and all the while buying scrap iron and metals.

It’s 3 October 1959: Wolter Ketting officially submits his firm to the local trade register, where it is recorded as ‘Company: Buying of iron and metals’. According to Wolter’s youngest son Aart, the company’s success was forged in Rotterdam’s heady post-war reconstruction years.

The undeveloped sites along the Maas around Pernis were used as a dumping ground for rubble. This included a lot of pile heads made of reinforced concrete. Using a sledgehammer, local villagers would separate the iron rebar from the concrete, to offer it for sale: good for a bit of money on the side. Aart: “My father’s idea was to purchase this iron for the same prices offered by buyers elsewhere.” By offering larger volumes of scrap for sale at a time, he hoped to sell it on for a better price. This is how Ketting Sr. became known as the ‘Buyer of Pernis’.

Work never stops in Ketting’s house at Uiterdijk 45.Wolter and his family drag the collected iron – and later on other metals – down to the little garden behind the dike. Copper, which is more expensive, is stored in the basement. And everything is carefully cleaned and sorted. “It was stacked up everywhere,” remembered Grandma Ketting, looking back. 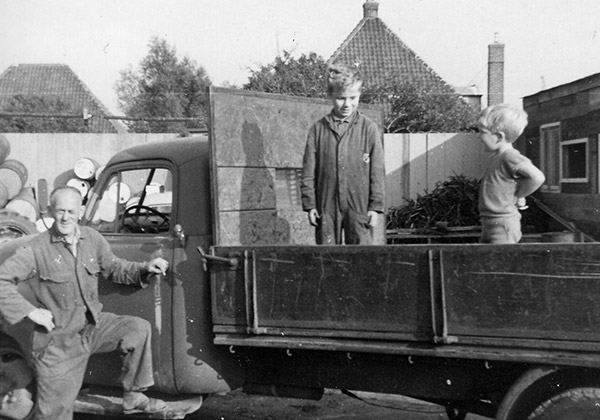 Wolter’s wife Wil also kept her shoulder to the wheel. Among other things, she was responsible for operating the bolt cutter. Forty-cm sections fetched the best prices. Aart: “In his report for the Tax Authority, the firm’s accountant at the time scribbled ‘Does a man’s job’ in the margin. In his view, as a full employee of the company, Wil was also entitled to a tax deduction. That was hardly usual in those days.”

BORROWING FROM THE BAKER

Credit formed another challenge in 1950s Pernis. “To buy iron, you needed cash – which in many cases was in short supply. Fortunately, the local baker Bouwman was able to help us out. A fine example of small-town neighbourliness! We regularly asked Bouwman for a hundred guilder loan, which we would repay after selling on the scrap. And part of the payment would often be ‘in kind’, because we’d give him eggs from the chickens we had scratching round back.” 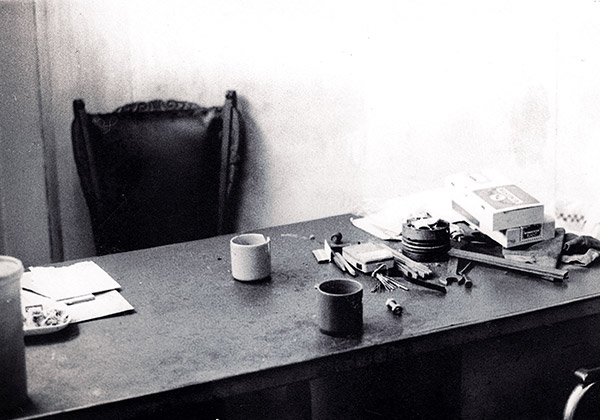 To store all this iron, the family found a site on Molenweg, right behind the windmill that still stood there at the time. This site was leased from a contractor, for the annual fee of one box of cigars. Aart: “This is also when we bought our first electric scrap shears, which ran on 380 volts. We didn’t have our own power, so we got it from the blacksmith on the other side of the road.”

In the late 1960s, the company moved its iron storage to a new location at the Kouwenhoven coal yard to the rear of Molenweg. This was followed by years of steady growth, with the company becoming increasingly well-known and continuing to expand its customer base. It was forced to vacate this location in 1979, when the site was earmarked for a social housing development – which incidentally only got underway some 20 years later.

The company continued to build its business – trading more and more aluminium and stainless steel, among other metals, and handling a growing intake of decommissioned containers from the port. Aart: "We were reaching the limits of our existing capacity. Fortunately, over the years we were able to incorporate various lots around the original site.” And things have shown no sign of slowing down in recent years. While in 2003/2004, turnover was still short of 10,000 tonnes per year, today it stands at between 30,000 and 40,000 tonnes. This growth has been matched by quite a few additions to the team, as well as sizeable investments in new facilities.In 1995 Arjan Struijk, nephew of Aart and grandson of founder Wolter Ketting officially joined the company. Jan's daughter, Willeke Ketting subsequently joined the staff in 2006. They are the third generation in the company and now the fourth generation of the family is also working in the company, Eymen Ketting.

The company currently has around twelve employees, as well as engaging two drivers of the local transport firm Keemink on a more or less permanent basis. It has a dedicated site for the storage and processing of the purchased metals, with a surface area of close to 10,000 m² and efficient infrastructure. Thanks to its favourable situation directly on Nieuwe Maas, large volumes of scrap and out-of-gauge objects like floodgates – and at one point even a disused helipad – can be shipped in directly from the water. And the site is also very easy to access by road, situated next to the entrance to the Beneluxtunnel and only a few minutes from the slip roads of various motorways that lead off in every direction.

SHIPMENTS OF ALL SHAPES AND SIZES

Our firm specialises in the purchasing and dismantling of disused sea containers, refrigerated containers (reefers), tank containers and bulk containers. But a huge variety of other items are also suited for recycling apart from these categories – power cables, steel structures, brass pipes, reactor vessels or residual fractions from waste incineration plants, to name but a few.

Metaalhandel Ketting has established itself as a professional metal recycling partner that pays close attention to the environmental aspects of its business. Our core activities are the collection, sorting, cutting, bulking and trading of ferrous and non-ferrous metals. Over the past 60 years, we have continued to grow and develop, adapt to new technologies and comply with increasingly stringent environmental norms and standards. And we plan to continue doing so in the 60 ahead. Maintaining and building our position, and all the while buying scrap iron and metals. 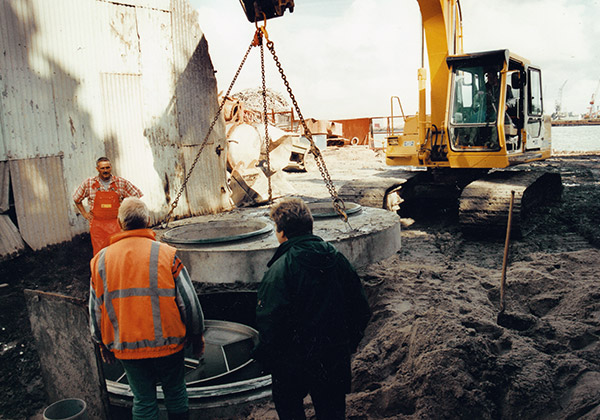 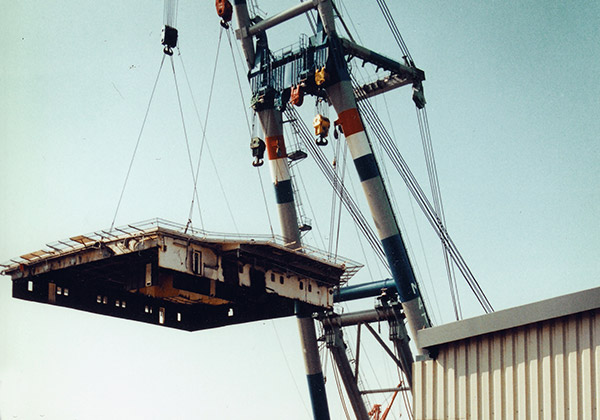